Give me Five (x5 stronglifts)

on May 01, 2018
If you have been following me, you will know that shortly after the start of 2018, I began to train for a 10K here in Richmond, Virginia.   I joined the YMCA 10K Training team and the team met each Saturday for our long runs.  We had a roadmap to follow all the way up to the week before the race.  It worked like a charm, and my daughter and I completed the 10K on a picture perfect Spring day.

I'm happy to report that the training had a significant positive impact on my composition.   I went in for a Dr. visit last week and later I got my electronic report of the visit.  I noticed in looking back that prior to starting the training team, my weight was 230 lbs(lifetime high water mark) and at the visit last week, I was at 213. Nothing incredible, and certainly not a quick and easy weight loss plan, but it was nonetheless a hard-won victory.

During the last three weeks of training, the miles were getting fairly high.   If you have been following me, you also know that I am creeping up on the big 5-0 and am fighting Rheumatoid Arthritis.  So as the miles raised, I found the need to dial back on my strength training.  I had been trying to run three times and lift three times per week.  Thus, at about three weeks out I shifted to only running and cut out my lifts.     Doing both resulted in me being tired and rubbery on both sides of the equation.

Recently, I found 5x5 Stronglifts, a free Android app(and free Apple app too, I'm sure).  I have started this program in an effort to flip the switch back on in the strength department.

The program is built around the big compound lifts...nothing fancy.  It is built for strength, no aesthetics.

Each workout consists of three of the lifts from the list above, done for 5 sets, 5 reps.  Thus the 5x5 Sronglifts name.   Each set is followed by 90 seconds up to 3 minutes of rest before moving on to the next.  There is no rest from one lift to the next, merely set it up and move along.    You lift, rest two days, then lift again.  The app gently nudges up the weights on each lift and encourages you to also increase your time at rest between sets.   It starts low, works up slowly, but should cause gradual, unending, improvements.   I will be your guinea pig....follow along to see how it works, and how it impacts my weight, shape, and overall health.

My plan is to continue running three times per week.   Initially, my thought is to do 3,3, and 4 miles for a weekly total fo 10.  If my weight starts to creep, I will creep up my mileage until I hit the tipping point and start back in the right direction.

Anyone else tried a similar mix of strength and cardio?  If so, drop me a note or comment, I would love to hear about your experiences.
10K 5x5 Compound lifts Monument avenue 10k running YMCA 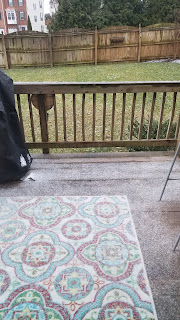 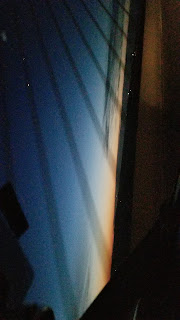